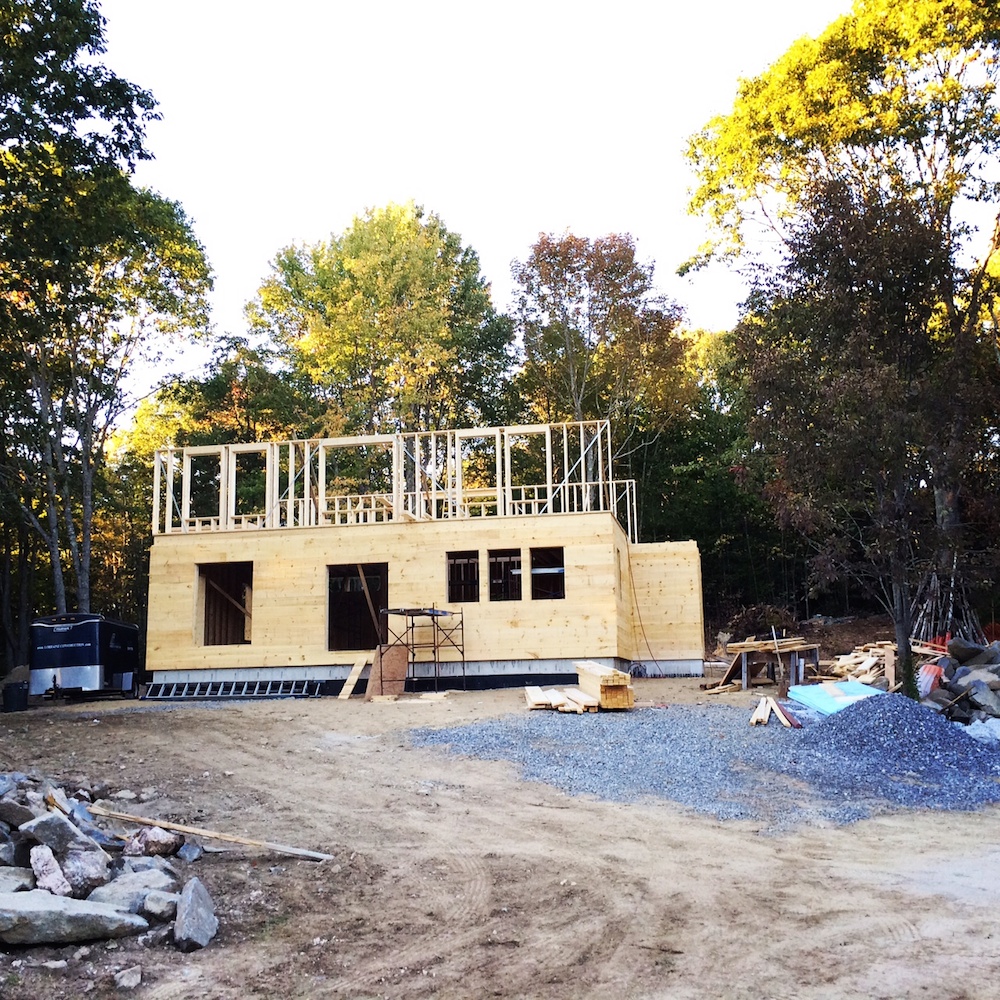 Things continue to move along. The second floor framing is well under way. Now we need stairs so I can go up and see as I am not a big fan of ladders! 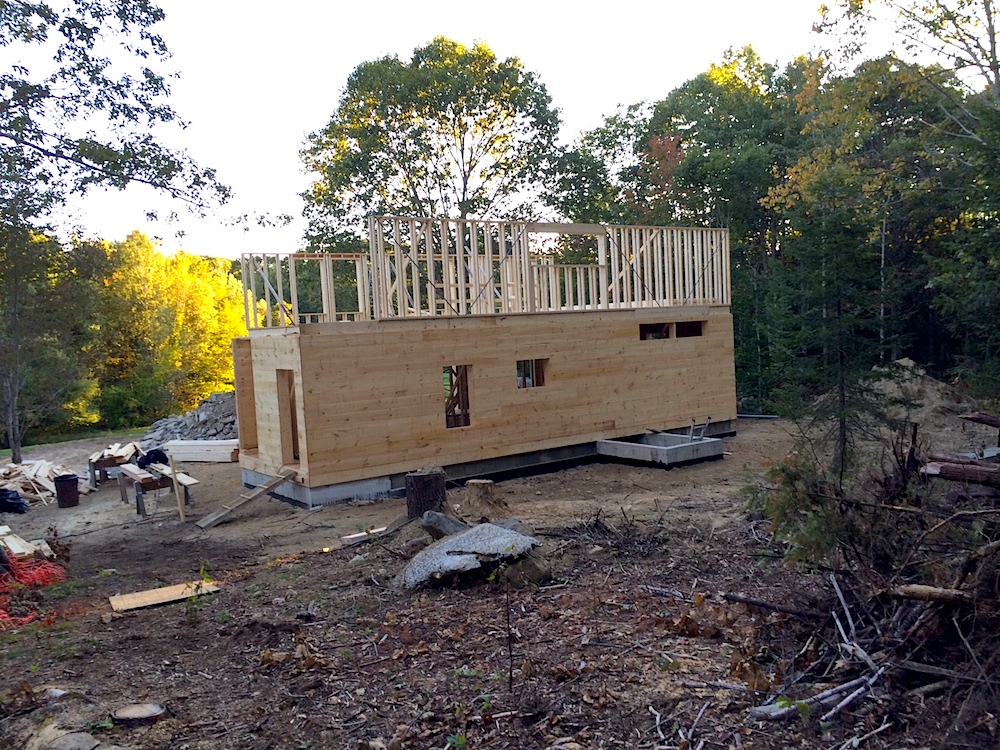 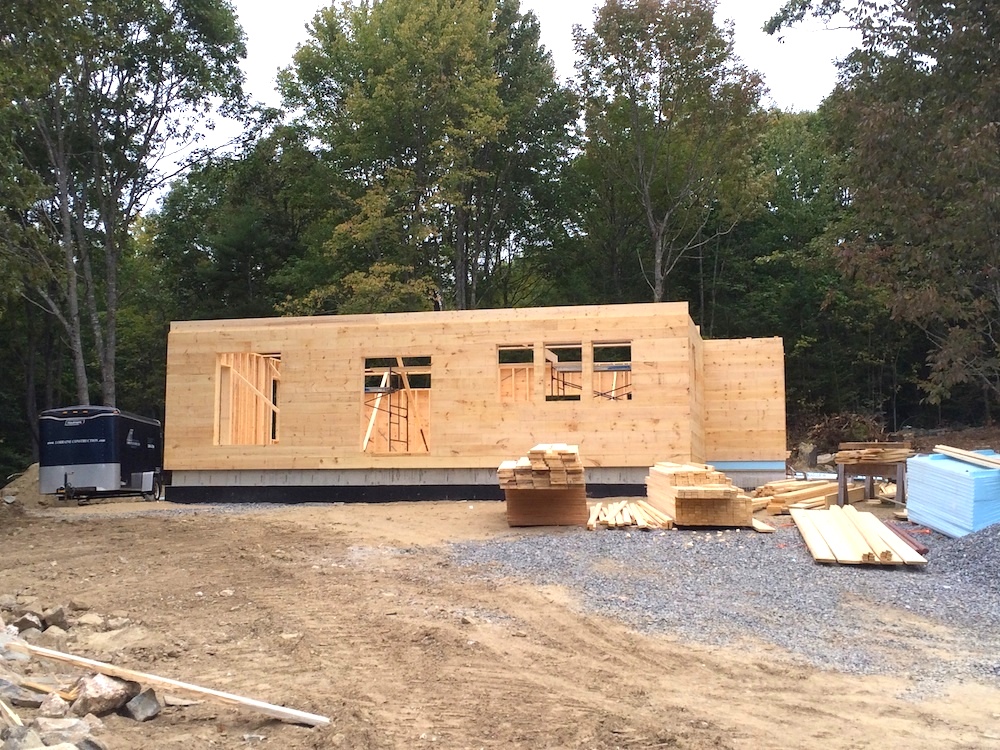 The house is now moving along.  I walked inside for the first time a few days ago, very exciting indeed! The hope, and promise from our builder, is that the roof will be on and insulation in, before snow flies, and that it will be completed by spring. Fingers and toes are crossed.

As of now, the ground floor is framed. We have a well. Granite facing from our land is being sized. Wood from our trees is at the kiln to be dried in order to  make our three outside doors, our kitchen and as much flooring as possible. Reclaimed wood is ready to be worked on for the rest of the flooring. Old doors are stacked and ready to choose and work on for inside doors.  We have a road, electricity and a septic plan. There are, oh so, many more decisions to make.

After much back and forth with Marc, our builder, I have chosen pine subfloors for the downstairs. They are natural (no glue). They may creak more then particle board or plywood. They will shrink. But, they are natural. I was convinced to use plywood for the upstairs (it is fir) as it is stronger  and we won’t see it. I was assured that it is safe.

We have the massive steel beam supporting our house in place. The framing of the second floor starts tomorrow, weather permitting.

In the meantime, the garden is winding down. The entire high school track team runs through our property twice daily, and Steve, the hunter we let hunt on our land, promised meat if he gets a deer or turkey. Fall is in the air and a finished house is on the horizon.

Below some of the steps leading up to where we are today . . . 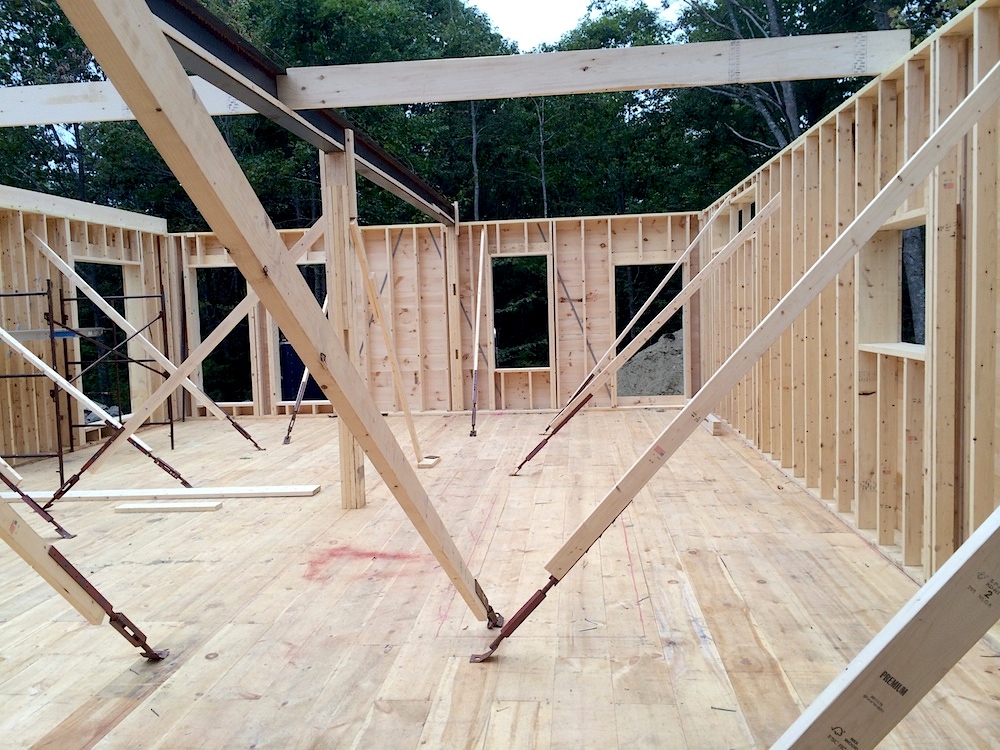 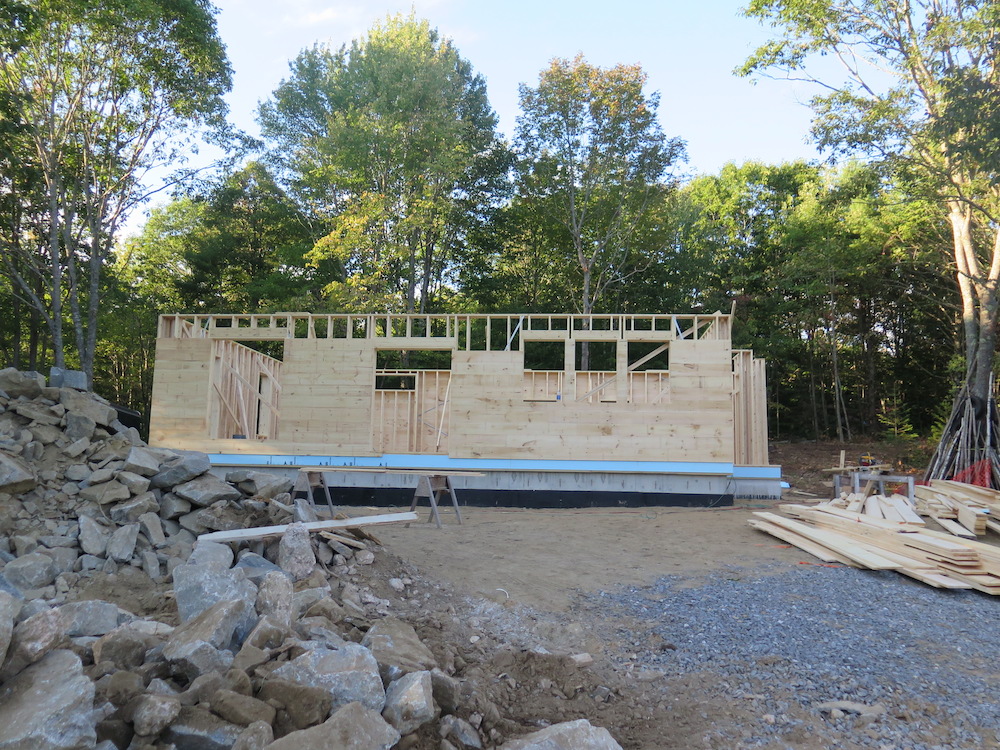 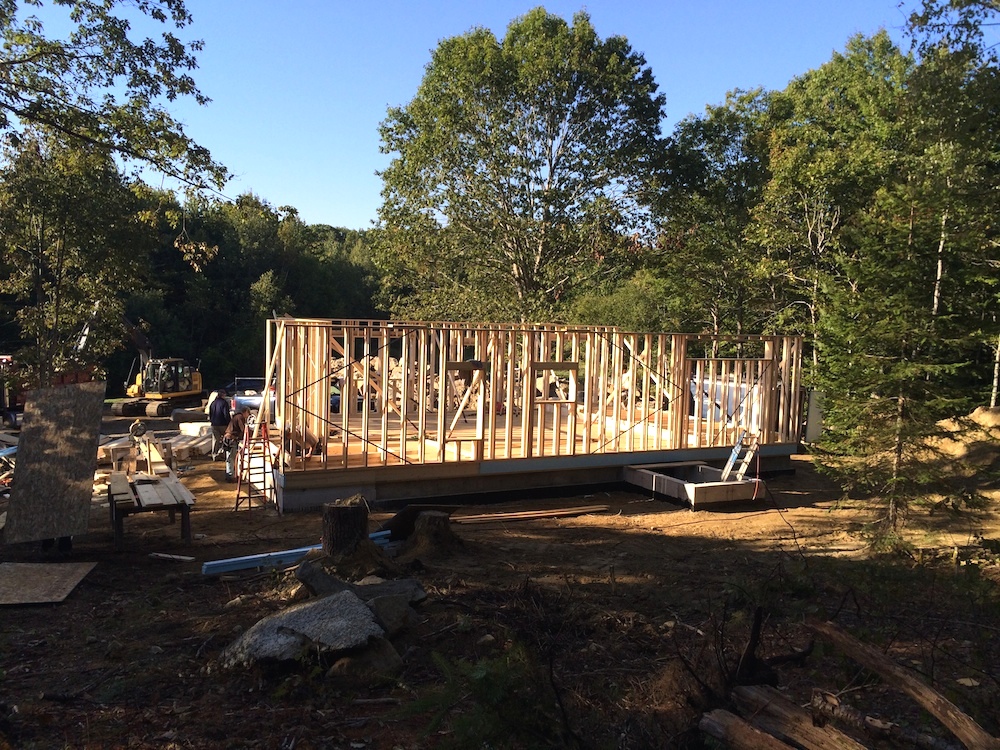 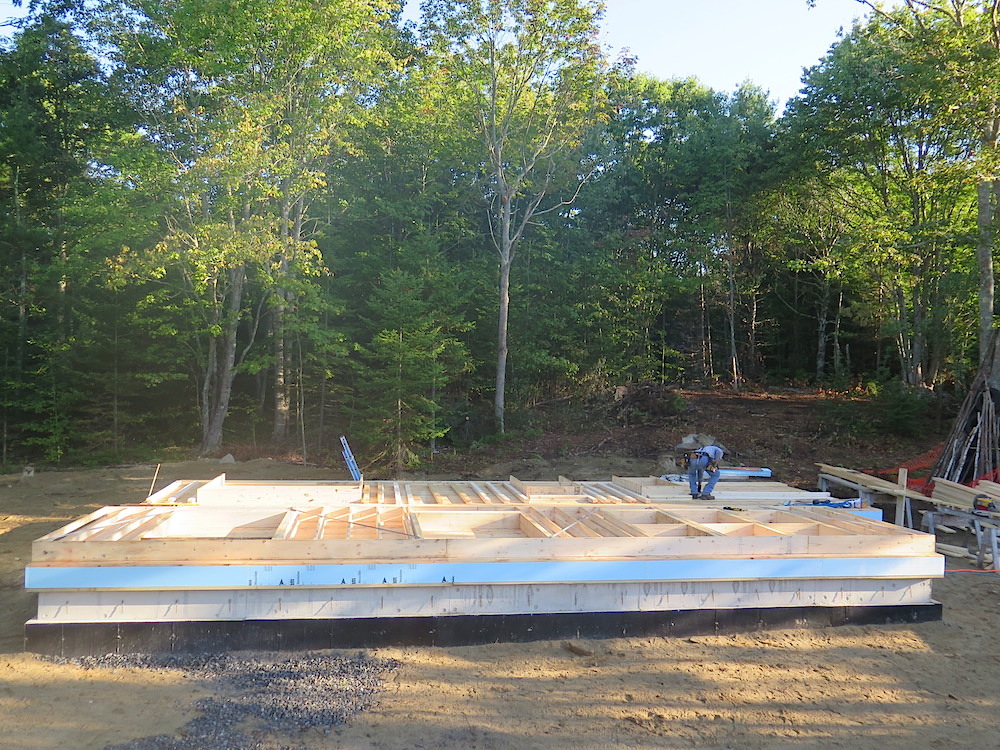 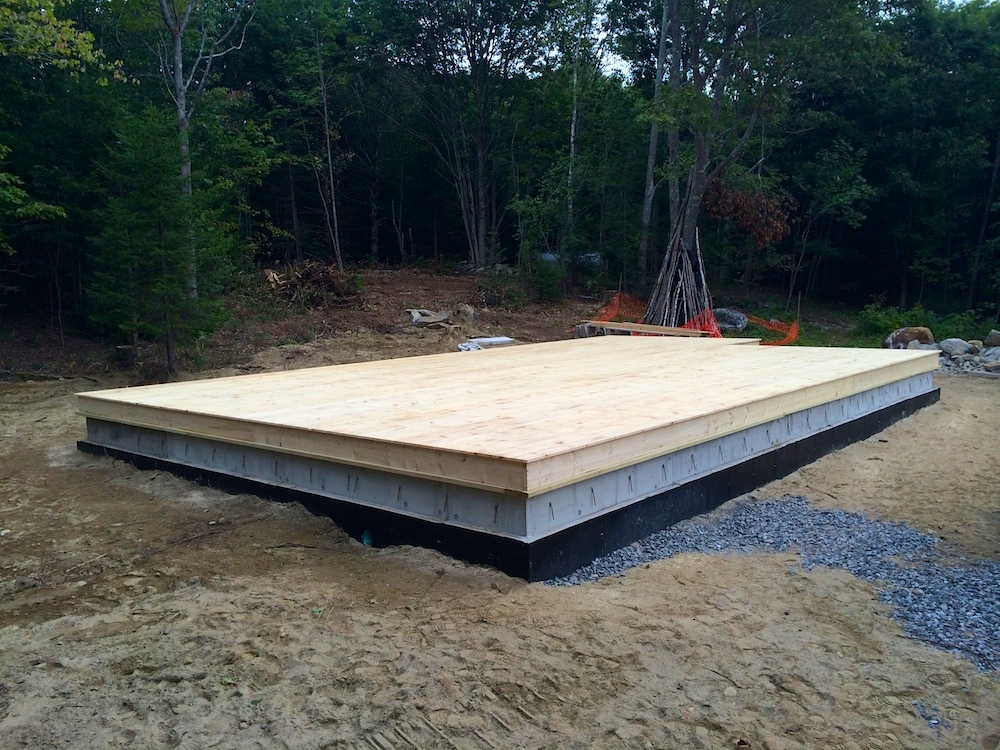 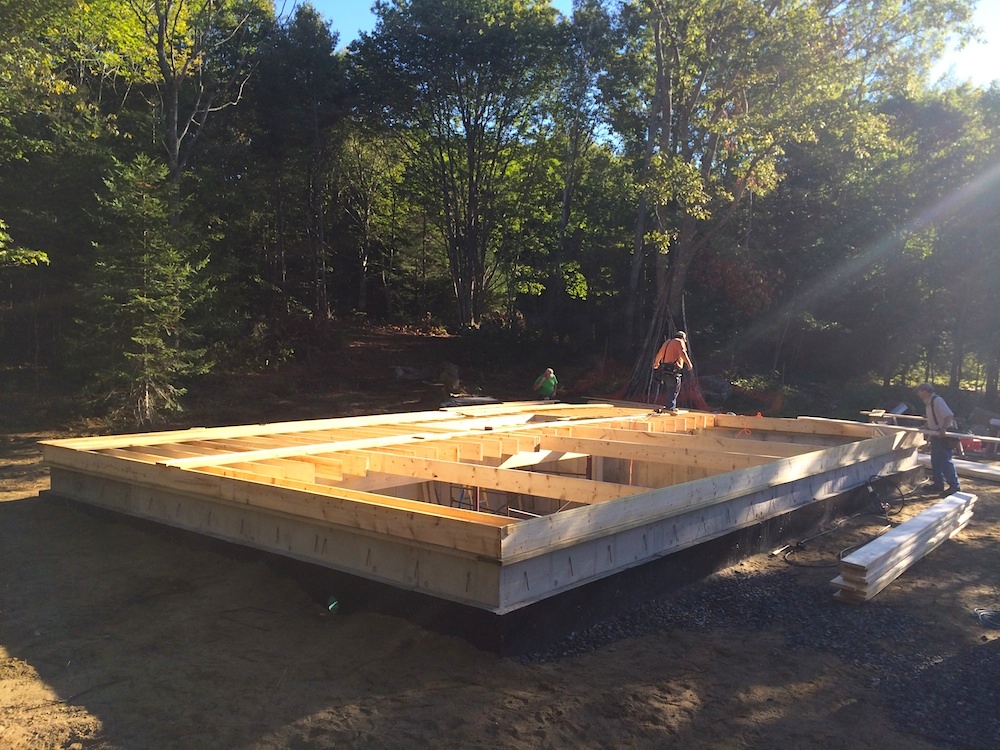 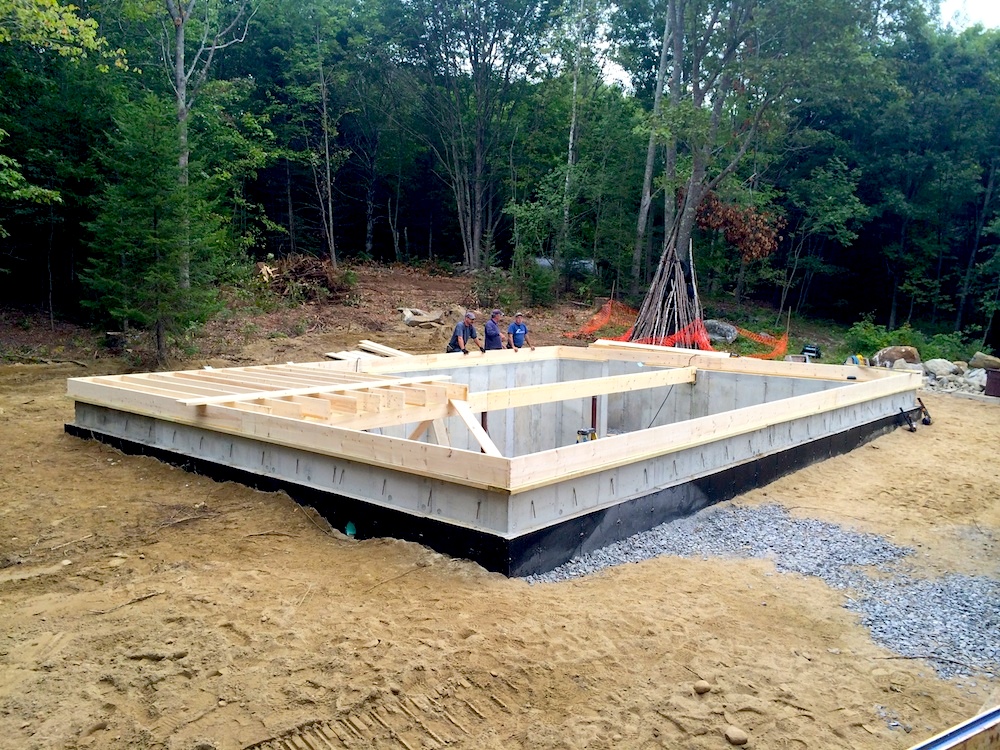 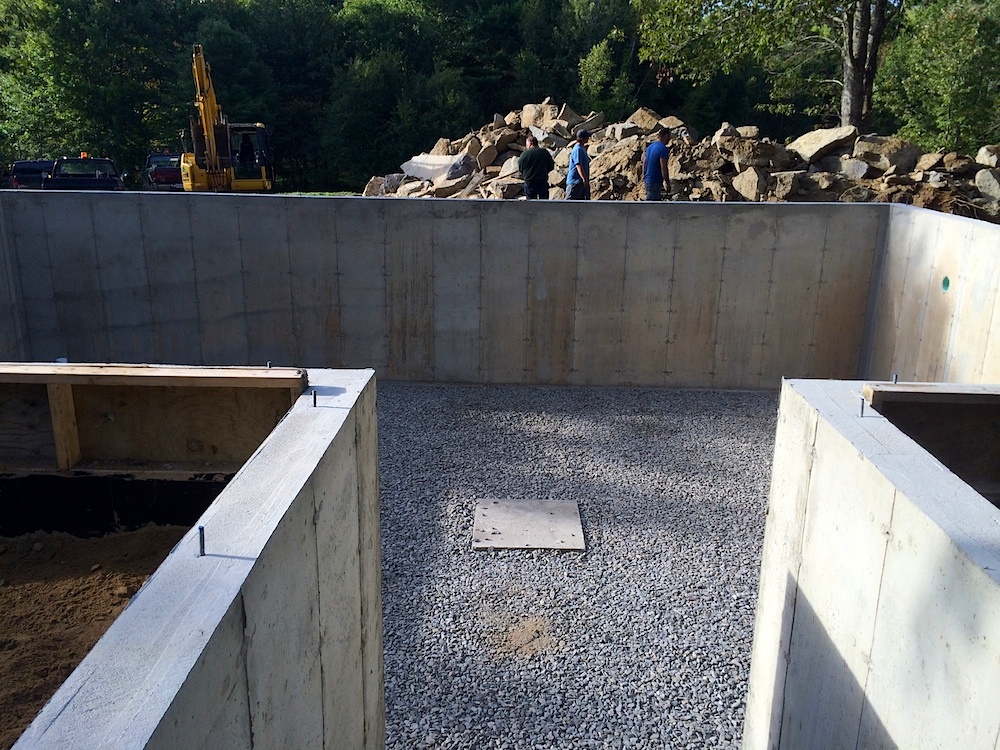 September 10, 2014 – Looking in the Foundation & Lots of Blasted Granite 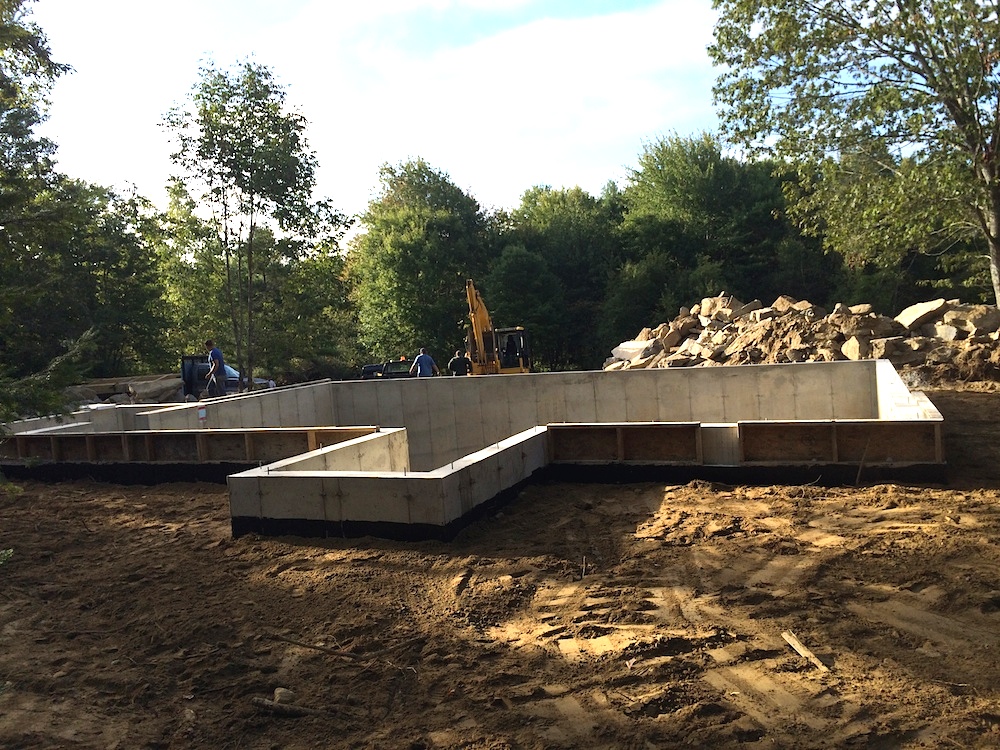 September 10, 2014 – Foundation has been backfilled

September 8, 2013 – Backfilling around the foundation 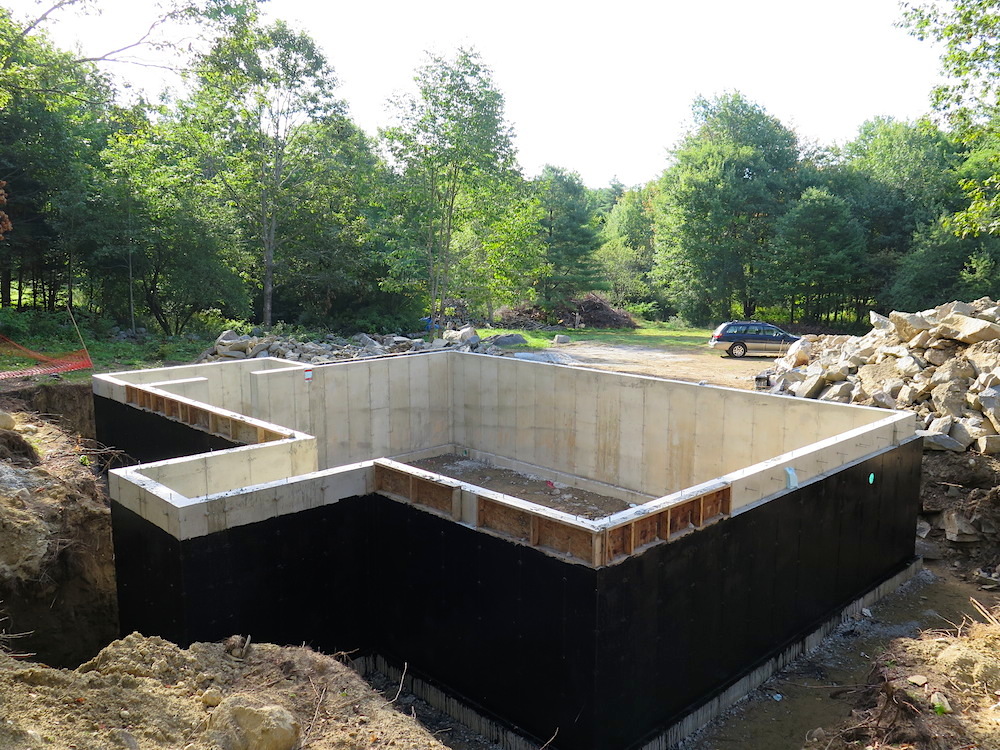 September 3, 2014 – Weather seal on our foundation 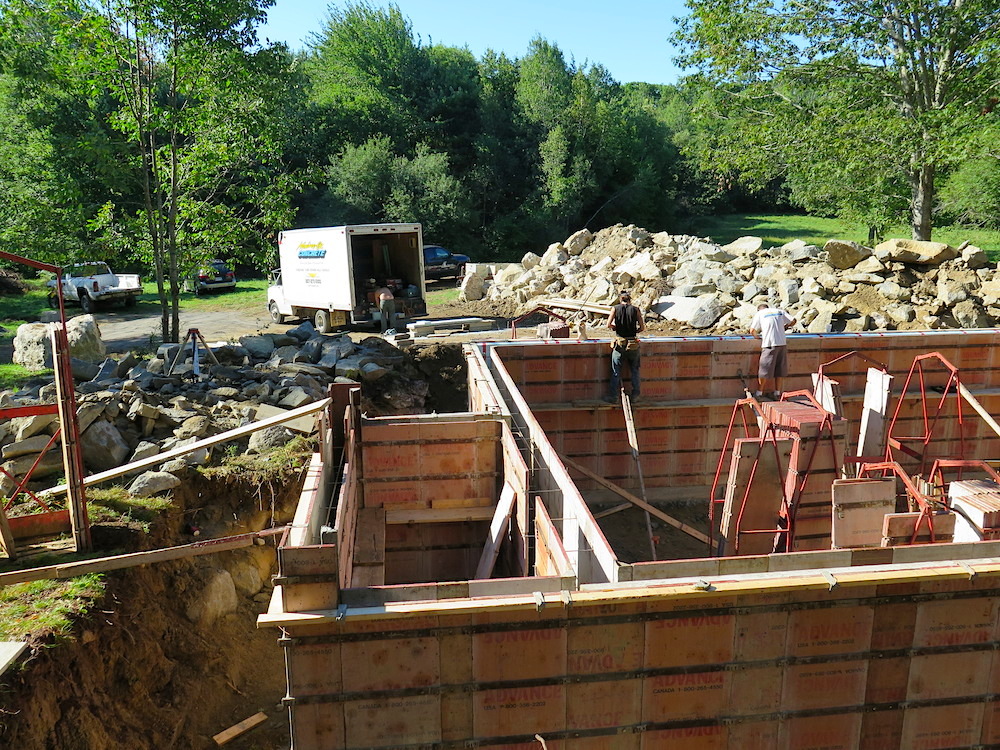 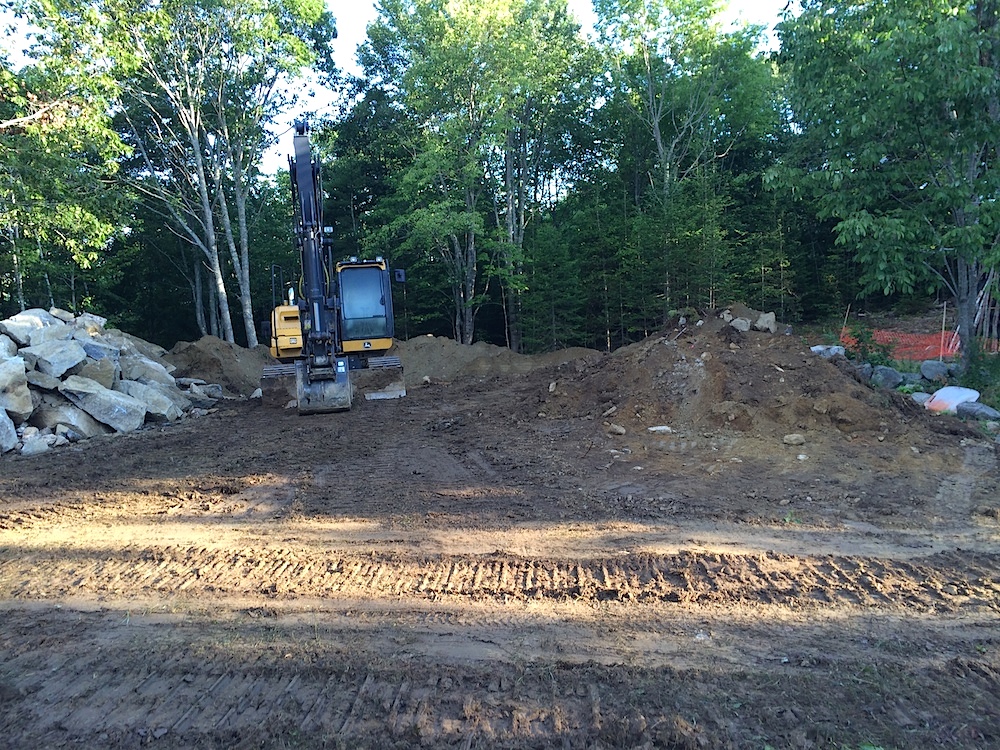 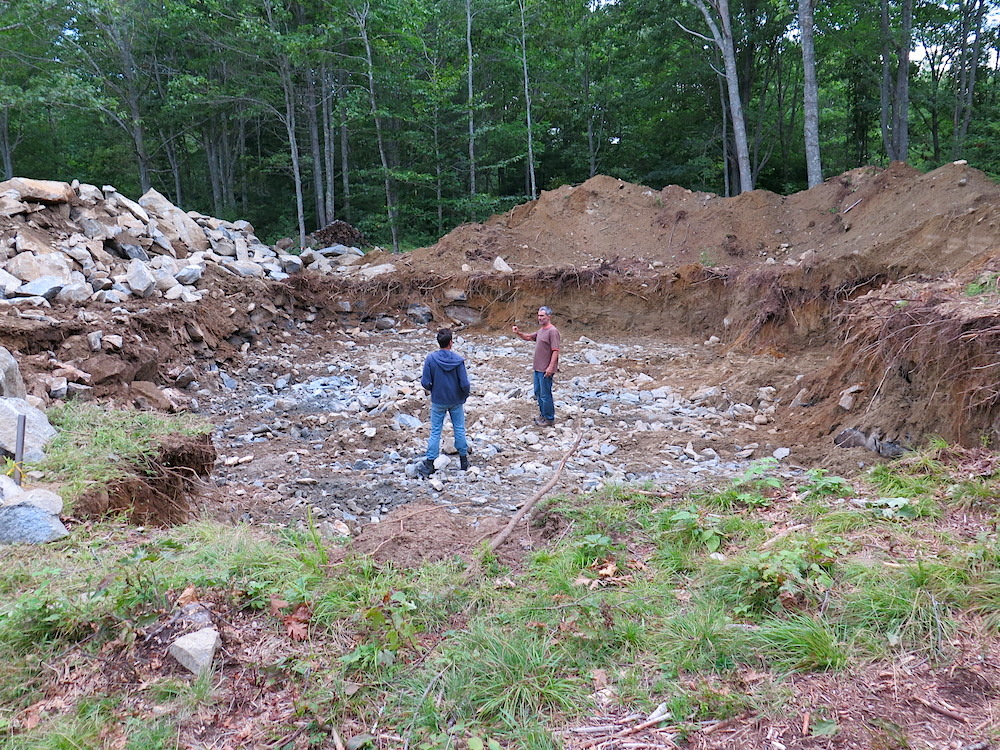 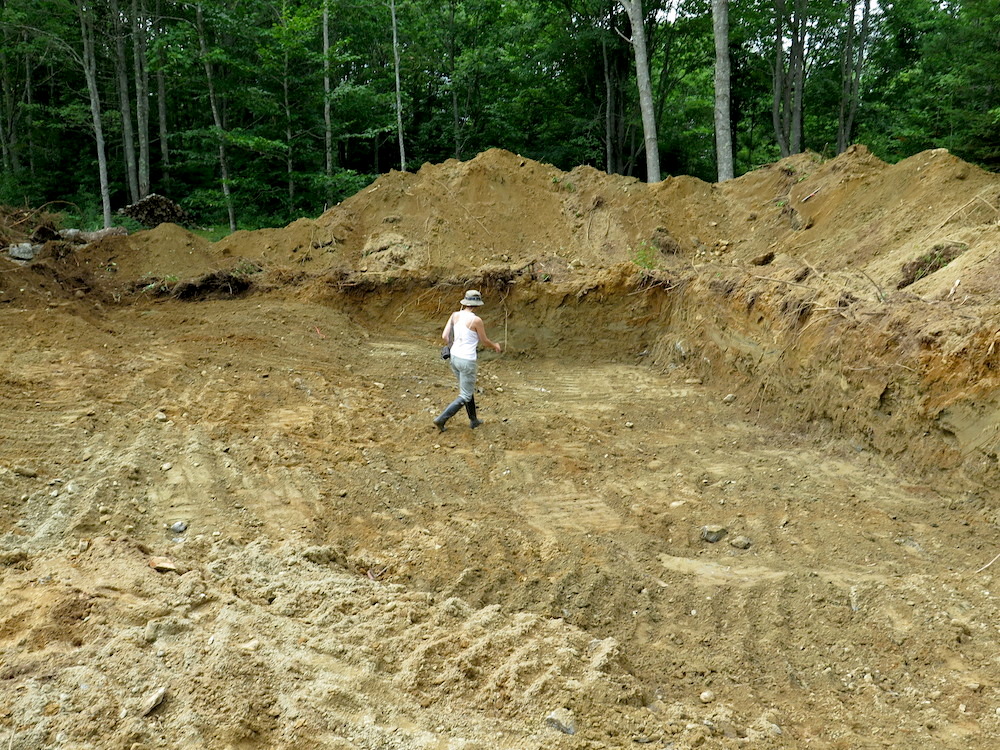 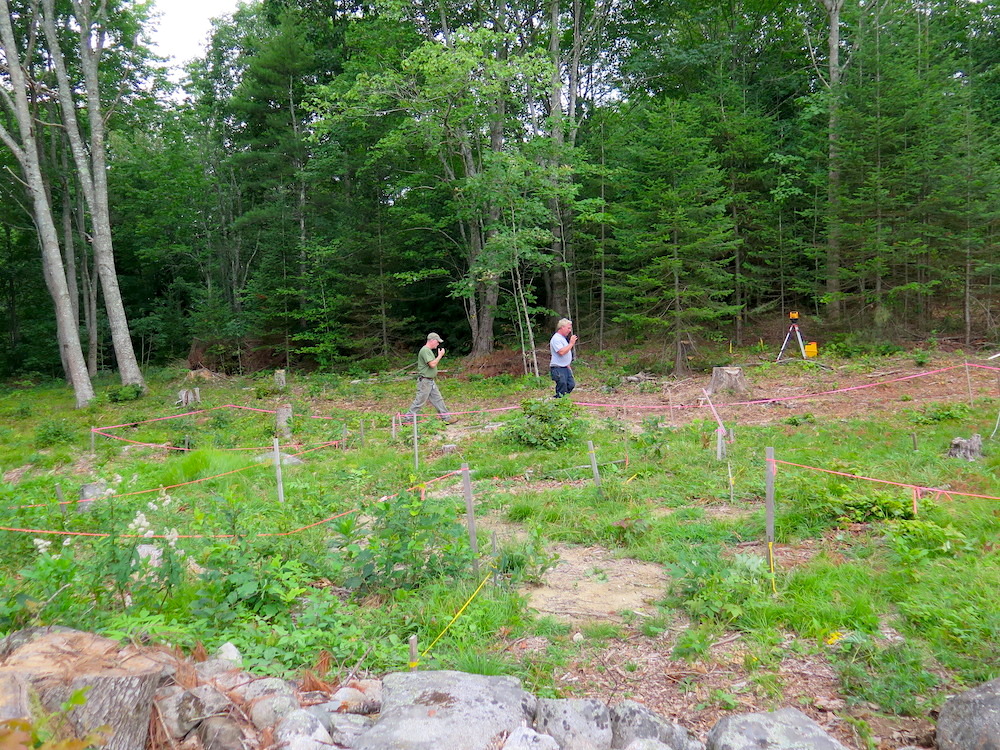 August 5, 2014 – Getting ready to start digging our foundation 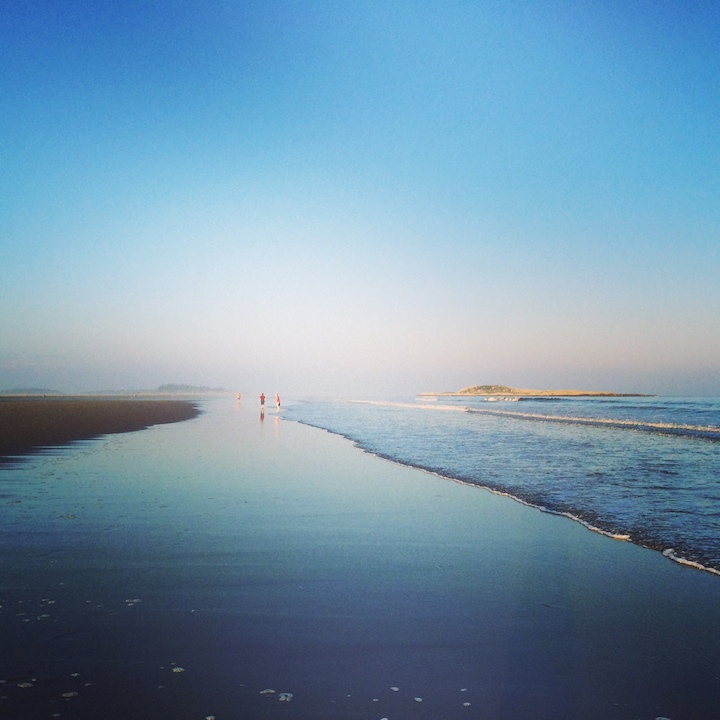 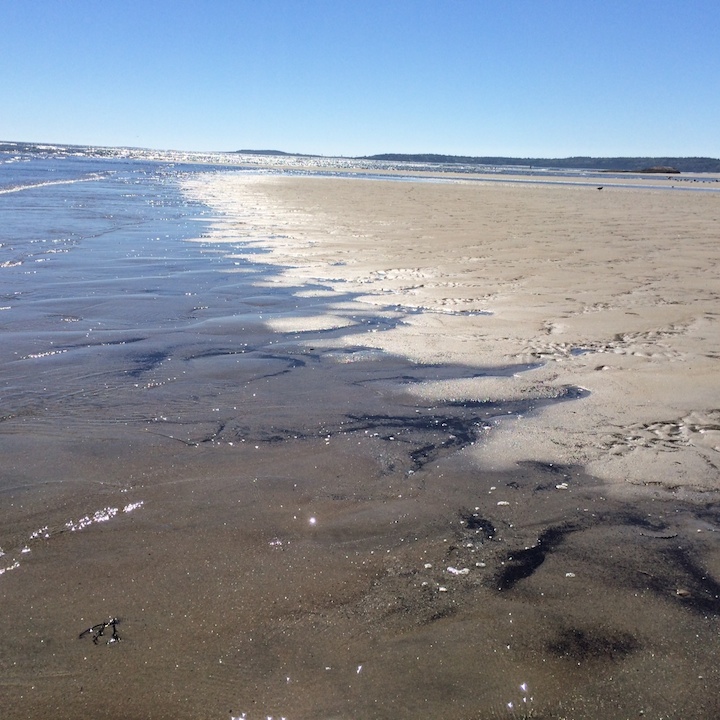 How could we have missed visiting here for so long?! I have made up for it by coming 4 times in the last two weeks. 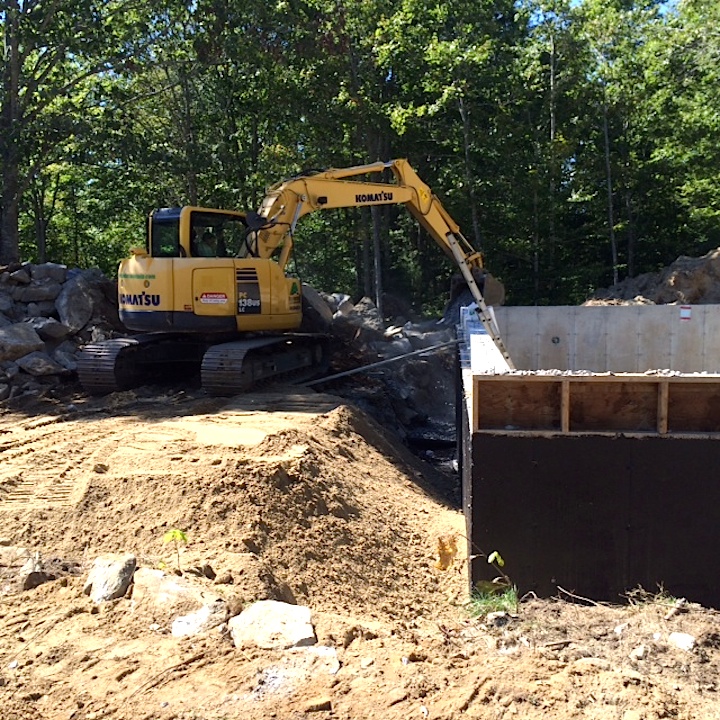 In the meantime, backfill is happening and framing to start, we hope, this week.  And the sunflowers keep growing taller and taller. 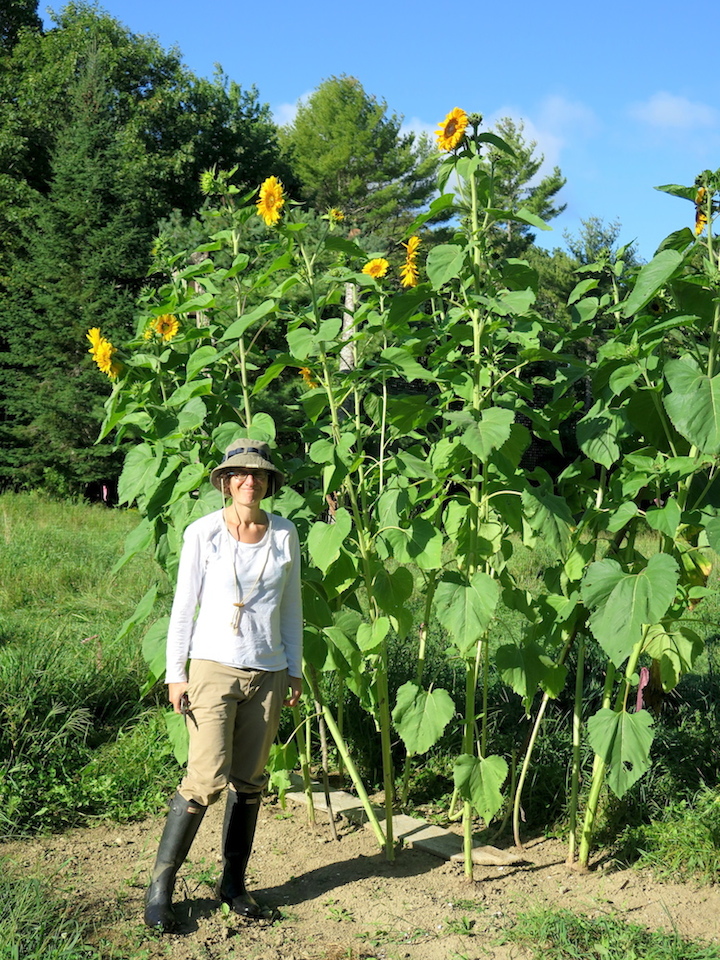